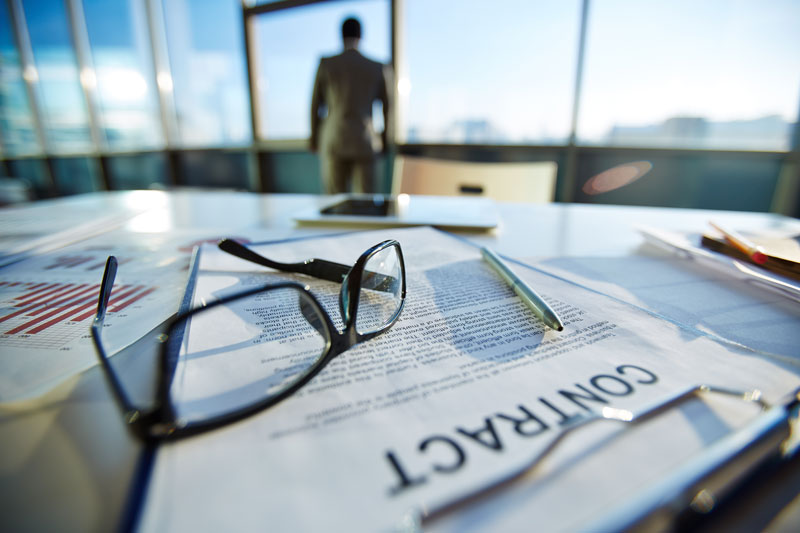 On Friday January 12, 2018, something unprecedented happened in India. Four Supreme
Court judges, Justices Kurian Joseph, Ranjan Gogoi, J. Chelameswar, and Madan Lokur,
revolted against Dipak Misra, the Chief Justice of India (CJI). This was a remarkable event
considering that the Supreme Court of India has five senior judges. The judges held a press
conference and publicly criticized the CJI Misra over what they termed as his arbitrary way of
assigning vital cases to benches headed by junior Supreme Court Judges, and in so doing
ignoring the senior judges. They claimed that he assigned the cases to benches of preference
regardless of the fact that the cases had far reaching effects, and consequences on India. The
press conference was held at the resident of Justice Chelameswar, the senior most judge, which
is only 200 meters from the residence of the Chief Justice (Mahapatra, 2018).

Justice Chelameswar claimed that the four judges had written a letter to the CJI a few
months ago but they did not get a positive reply from him. They also claimed that they had called
Justice Misra that same morning before holding their press conference as CJI Misra failed to take
their plea seriously. The four judges also revolted against the CJI for turning down their request
to shift a certain politically sensitive case from a specific bench. The CJI backed a five-judge
bench to hear the case and in so doing assigned himself the sole discretion of assigning cases to
the benches he chose. This is despite the fact that a bench led by the CJI admitted a public
interest litigation (PIL) on the probe of the death of B.H. Loya, a special Constitutional Bench of
Electronic copy available at: https://ssrn.com/abstract=3148890
India (CBI) judge who was hearing a case on Sohrabuddin Sheikh’s encounter. The four judges
were all members of the Collegium system that appointed judges since they all are senior judges.
The four judges thought that since the matter on the death of B.H. Loya was vital to the integrity
of the judiciary, it should have been assigned to a bench headed by a more senior judge instead
of Justice Arun Mishra, who was 10th in the pecking order of the judges of the Supreme Court
(Mahapatra, 2018). The four judges may have felt that the CJI used his discretion to appoint
members of a bench wrongly in order to influence the outcome of the ruling.
Nevertheless, it is vital to note that even before the revolt Justice Chelameswar had a
history of being a dissenting voice in the India judiciary. Indeed, this was not the first time that
he was speaking against a judgment of the Supreme Court. Some of the landmark decisions of
Justice Chelameswar include nullifying Section 66 of the Information Technology Act. Justice
Chelameswar also led the bench that referred the issue of the privacy concerns of Aadhaar, a
unique 12-digit identity number issued to all Indians, to a bigger Constitutional Bench. Justice
Chelameswar was the only dissenting voice in the Constitutional Bench. In addition, he shut out
the attempt of the Indian government to assume control of the appointment of judges
(Mahapatra, 2018). Such a person of good credentials, soon after the press conference, had a
meeting with a left wing political party leader at his residence, which caught the attention of the
media and led to attribution of political motives to his revolt. In a way, this very act of Justice
Chelameswar meeting Politician Raja has fizzled out the whole issue as politically motivated.

Ethics of the Revolt of the Indian Judges

The issues raised by the judges involve the issue of propriety. Propriety refers to behaving in a
manner that conforms to the accepted standard of behavior and morals. It involves the fear of
going against the rules that govern behavior. Judicial propriety required the four judges to
respect the decision of the Supreme Court and the Chief Justice to whom they are subordinate
regardless of whether they agree with the decision or not. Propriety comprises certain principles,
which include openness, integrity, objectivity, and honesty. Therefore, addressing the media was
a violation of judicial impropriety. Convention required the judges to resolve internal matters
internally. In addition, addressing the media set a wrong precedent of publicizing the internal
matters of the judiciary. It led to the tarnishing of the image, reputation and credibility of the
judiciary since there were incapable of solving internal matters without involving the public.
Nevertheless, the four judges justified their actions by claiming that they did not have any
other option since the CJI did not listen to their repeated pleas to solve the issue internally. In
addition, it would have been wrong for the judges to remain silent since would have been
tantamount to keeping Indian citizens in the dark, which is an unacceptable practice in a
democracy like India. The four judges claimed that the integrity of the CJI was compromised.
Regardless of these explanations, it is vital to note that going to the press did more harm
than good to the Supreme Court. It questioned the sanctity of the Supreme Court and opened the
door to multifarious views some of which may tarnish its image. Ideally, the four judges should
have called for a conference of all judges of the Supreme Court to discuss the issue. If this move
was unsuccessful, they could have requested help from the President.

Comparison of Indian Case with International Revolts among Judges

Canada is one of the jurisdictions where there have been public disagreements of judges.
In December 2017, Justice George Rideout of the Court of the Queen’s Bench accused the Chief
Justice David Smith of violating the law. Therefore, he asked him to resign. The issue that led to
the disagreement is the change in the Judicature Act by the provincial government, which
required the chief justice to seek the approval of the Attorney General’s office prior to relocating
judges from one place to another. Chief Justice Smith claimed the law was unconstitutional since
it interfered with the independence of the judiciary. This lend to tensions between judges when
Chief Justice Smith approved the relocation of Justice Thomas Christie from Saint John to
Frederiction despite the fact that the province had temporarily blocked his relocation. This
prompted Rideout to claim that Smith was breaking the law and setting a bad precedence and
should therefore resign (Bissett, 2018).
In Australia, Athol Moffitt, the former President of New South Wales Court of Appeals,
criticized James Wood, New South Wales Supreme Court Justice, for making public statements
on the drug wars in the state of New South Wales. Justice Moffitt claimed that it was wrong for
judges to venture into politically disputed areas as this risked interfering with the independence
of the judiciary and public confidence on the judiciary (Lee, 2011).
Public conflict among members of the judiciary also occurred in Bangladesh in late 2017.
The government was infuriated by the decision of the Chief Justice S.K. Sinha to scrap the
authority of parliament to impeach judges of the Supreme Court. In an unprecedented move, the
judges of the Supreme Court refused to sit in Sinha’s bench over allegations of moral lapses and
graft, which they had been told by President Abdul Hamid. On September 30, 2017, President
Hamid had invited all five Supreme Court judges to the presidential palace but barred the chief
justice from the meeting. He subsequently held long discussions with the judges. The chief
justice was accused of graft after he left the country for Australia in mid-October 2017 (Habib,
2017).
In the U.S., judges of the 9th Circuit Court of Appeal engaged in a public feud over the
travel ban implemented by President Donald Trump. Five 9th Circuit judges recorded their
opposition to the decision that three other judges of the 9th Circuit had issued the previous month.
The decision of the three judges refused to allow the reinstatement of the first version of the
travel ban that Trump had implemented using an executive order. The five judges who opposed
the travel ban included Judges Alex Konziski, Jay Bybee, Carlos Bea, Sandra Ikuta, and
Consuelo Callahan (Gerstein, 2017). The public disagreements show the sharp divisions in the
U.S. judiciary on the implementation of President Trump first Executive Order banning Muslim
travel to the U.S. in line with his campaign promise.

Revolts in the Judiciary and Democracy

The judiciary helps in safeguarding the democracy of a country. In addition, public
perception is the foundation of democracy. This is the major reason as to why so much effort is
invested to manage public perception. Sadly, the perception of the democracy is harmed when
there is mutiny in the judiciary. In the case involving the four judges of the Supreme Court of
India, the judges failed to acknowledge the fact that the Chief Justice as the first among equals
has the right to safeguard the welfare of the judiciary and its public perception. Therefore, the
four judges erred in washing the dirty linen of the Supreme Court in public. They should have
solved these problems internally. They should have respected the institution of judiciary by
respecting the fact that it is above the people that manage it. In addition, the public
pronouncements of the four judges are a sign that the judiciary is getting politicized. Therefore,
by making pronouncements to the press, the judges engaged in unethical conduct. Since the
Chief Justice is the master of the roster, he should not distinguish between VIP and non-VIP
cases. The Chief Justice is empowered by the constitution to assign cases to any judge. It was
wrong for the four judges to expect that they should receive certain cases. It is also vital to note
that the Chief Justice should also bear the blame of the tarnishing of the image of the judiciary.
As the father of the judiciary, he should not have allowed the issues to go out of hand. The
Bangladesh case shows the negative impact of such a revolt on democracy. It shows the revolt
may be used by people in power to influence the judiciary and overthrow a chief justice who
they perceive does provide them with preferential treatment.

Remedies for Non-Recurrence of Such Revolts

Similar revolts may be avoided by ensuring that there are efficient systems to address the
concerns of members of the judiciary. People should also not be quick to rebuke the judges for
their mutiny. Instead, more focus should be put on their grievances to ensure they are tackled
effectively. It is also vital for the government to stay away from the internal conflicts of the
judiciary to ensure it maintains its autonomy. May the computerization of roster and developing
of an algorithm which allocates cases to various benches without any human intervention, be the
best solution to avoid such concerns.